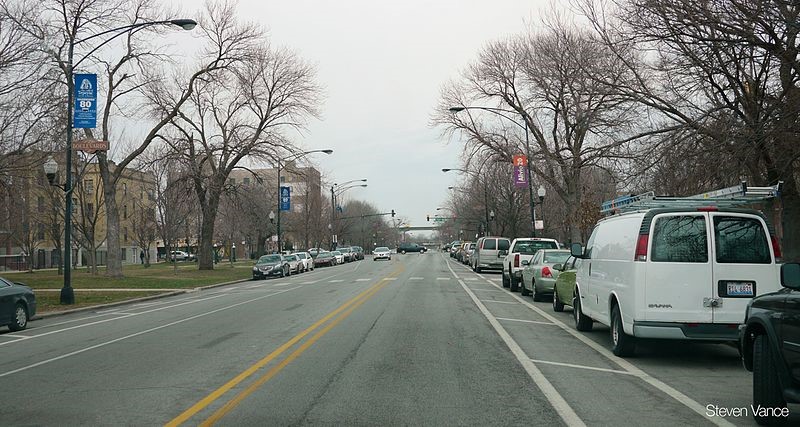 Photo caption: The rent prices in the Little Village neighborhood where Angel Gonzalez are nearly half the price of Gold Coast neighborhood just outside of downtown Chicago. (Creative Commons/Dan Korn)

Angel Gonzalez has lived in the Little Village neighborhood in the South Side of Chicago for around six or seven years.

Because of all the violence in and around the neighborhood, he would like to leave Little Village within the next two years. “[Would I recommend] where I live? Hell no,” Gonzalez said. “It’s dangerous over there man, two people got shot in their own cars and they were close to my age too.”

There are 77 neighborhoods in the city of Chicago, which are all extremely diverse. In that diversity there are many different races and ethnicities, and different neighborhoods have different market prices. It also depends on where people are looking to buy or rent. For example, The Little Village neighborhood where Angel lives has rent prices nearly half the price of Gold Coast neighborhood just outside of downtown Chicago.

On the other hand, Priya Singh lives in an apartment in the Lincoln Park neighborhood of the city. She’s been living in the neighborhood for six months, after graduating college in Atlanta. She really didn’t have any struggles or hiccups when moving from Atlanta to Chicago, and she would recommend someone to live in the city.

“I would highly recommend it,” Singh said. “I love the city, I love the neighborhood I live in, it’s really fun. There’s a lot of things to do there and it’s really accessible to go to other neighborhoods.” Through both of these perspectives, it can be seen how divided the city can be in its neighborhoods.

The crime that Gonzalez faces is a big factor in deciding which neighborhood to live in and the market price of the neighborhood. The more crime there is in that specific neighborhood the more likely it’s not going be that expensive to live in. According to Trulia, a real estate website, the Little Village neighborhood has a moderate crime rate and 61 percent of its residents commute by car.

In comparison the Lincoln Park neighborhood has one of the lowest crime rates in the city and 45 percent of it’s residents commute by car. Also as a bonus, if you have an extra $45 million, there is a 25,000 square foot mansion waiting for you in Lincoln park.

Through the perspectives of Gonzalez and Singh, it is seen how separated the city can be.