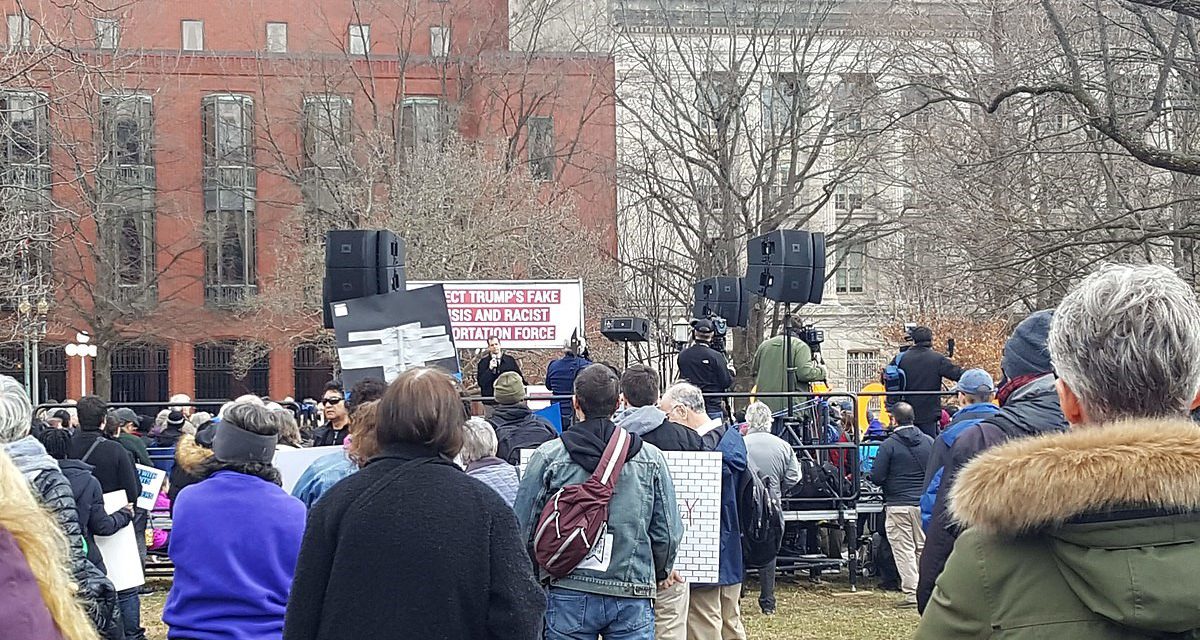 Photo caption: President Donald Trump’s emergency declaration has led to protests in parts of the country such as the one in February in Washington, D.C. (Creative Commons, Chumash11)

Trump declared the national emergency at a news conference on Friday. This is the first emergency declaration authorizing military action since 9/11. The National Emergency Act of 1976 gives a president wide authority to define what an emergency is. Trump explained that the national emergency wasn’t necessarily a high priority but it was beneficial to executing his plans of building a wall.

Steven McDonald dislikes that Trump is building a wall and putting “everyone at risk.”

“He’s basically taking money that can be used for other things: building infrastructure, building better water systems, for Flint.” McDonald said. “It’s a lot of issues that’s far more important than trying to build this wall.”

According to a recently published Dartmouth-Stanford study, expansion of the border wall between 2007 to 2010 had minimal impact on the number of undocumented immigrants from Mexico. The study also said the border expansion was largely harmful to U.S workers.

However, Nestor Sana supports Trump declaring a national emergency. “[Trump is] following through on his pledges to the populace.” Sana said. “The country is going to be safer—it’s great because it’s actually a president doing what he said he was going to do.”

On the other hand, Tenisha Fuller said Trump is using the national emergency to divert attention from “real issues.” She is worried that his declaration sets a precedent for him to have more control. “He’s going to have control over everything and that’s not really good for anyone,” Fuller said.